What would MLK jr. say about homelessness?

I really don’t know, but I do know that in a politically correct world people are still looking for a scapegoat for all their frustrations and anxieties and homeless people are the new scapegoat. You can’t rag on the usual people about looking or acting differently; so just attack those who, for whatever reason, will not march to societies conventions. The reasoning behind this is that homelessness is a choice and the people who are homeless are making poor choices. The people who are forcing them to “convert” to living a normal life are feeling very virtuous. Any and all kinds of pressure to change the homeless individuals path are allowed.

Okay, folks. Didn’t we go through all of this in history before? One religion decides that their way is the only way, and you know the rest…

The same is happening here to-day. Get real. Not everyone started their life on a level playing field. Some people were abuse, some neglected, some have lived with barriers that you can never imagine. Some people just got too much from their parents and can’t wake up to the real world and pull their weight. Yes, there are some homeless people out there that grew up rich. Go figure. There is no stereo type that fits all homeless people. Which means, it can happen to you some day. Be careful about who you abuse for being homeless, you may end up standing next to them at the soup kitchen.  Or the protest march.

This article popped up on my Facebook a few days ago and I found it a super interesting read. Check it out and let me know what you think!

A scarf that warms the heart of a homeless young man

Some amazing solutions to a couple homeless issues, from the New York Times.

This past fall, a project started called (Human) Wasteland, which maps reports of human waste throughout the city of San Francisco. Yes, a disproportionate amount of poop on the streets is not from dogs but from humans.

Some in the blogosphere tended to play this for laughs, but the reality isn’t very funny. There are thousands of homeless people in San Francisco and scant access to public bathrooms. We associate sanitation problems with the Third World, not the First, but the fact is that even in a city like this one, bursting from all its economic growth, more than 7,000 people are homeless and without places to sleep — or go to the bathroom.

Perhaps more than any other city, San Francisco loves process and, accordingly, a consortium of groups led by Hyphae Design…

Are you a Veteran with a severe service-connected disability that affects your mobility?  Do you know someone who is?  The Department of Veterans Affairs (VA) administers the Specially Adapted Housing program, designed to help severely disabled Veterans and Servicemembers purchase or construct an adapted home, or modify an existing home to accommodate a disability.  Two grant programs exist: the Specially Adapted Housing (SAH) grant and the Special Housing Adaptation (SHA) grant.

We want to ensure anyone who might qualify knows about this program.

The SAH grant is designed to help disabled Veterans and Servicemembers by providing a barrier-free living environment, such as a wheelchair accessible home, that affords Veterans a level of independent living they may not otherwise enjoy. Veterans and Servicemembers with specific service-connected disabilities (including loss/loss of use of both lower extremities) may be entitled to a grant for the purpose of constructing or…

Love/Hate Flats could be used for social housing

Our city is finally talking about developing micro-housing. Finally!!

Hope everyone’s holiday were at least tolerable. If the days were good, that’s even better. Talk to you later.  T.J.

I don’t think ending all homelessness is entirely possible, but this should be a good read.

There is no reason why any community cannot succeed in ending homelessness.  http://www.economist.com/blogs/democracyinamerica/2015/01/data-and-homelessness

Definition of a Human 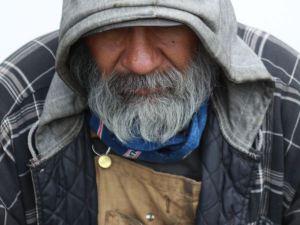 What makes someone human?

What makes someone better than another?
More alive?
With more or less feelings?

Is it the amount of wealth someone has? Or perhaps their popularity?

Is it knowing you have people on your side and who will back you up when you are in trouble? Is it knowing you’re going to be OK? That tomorrow you will wake up and have your coffee and start your day anew, with clothes on your back and food in the fridge and with an idea, at least, of where you’re going and what you want to do?